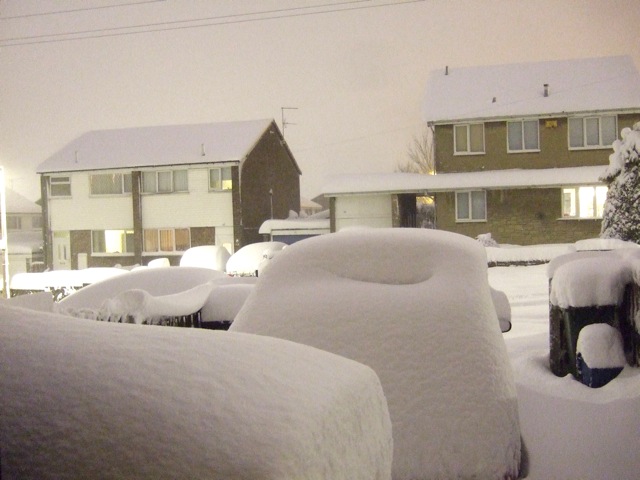 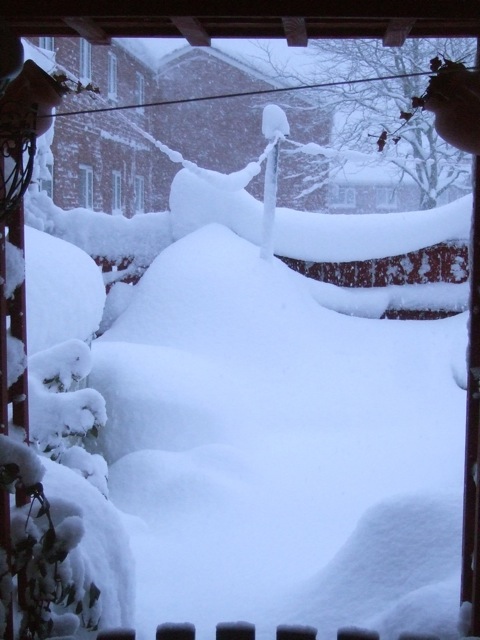 Back Garden the next morning 1st December 2010. 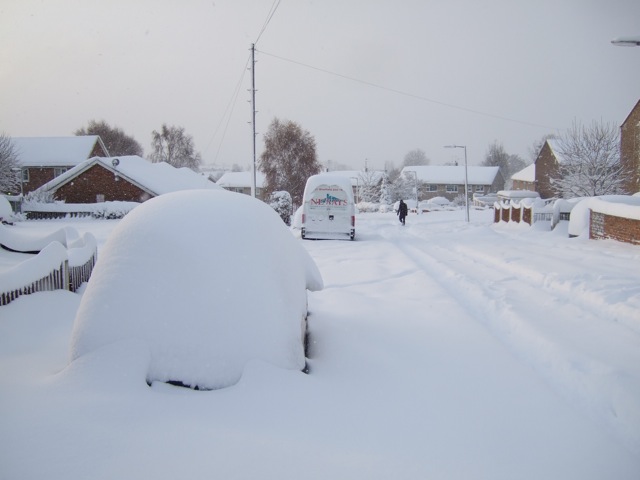 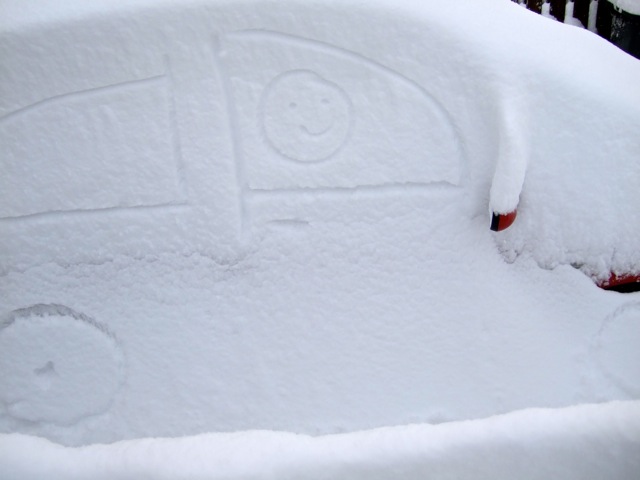 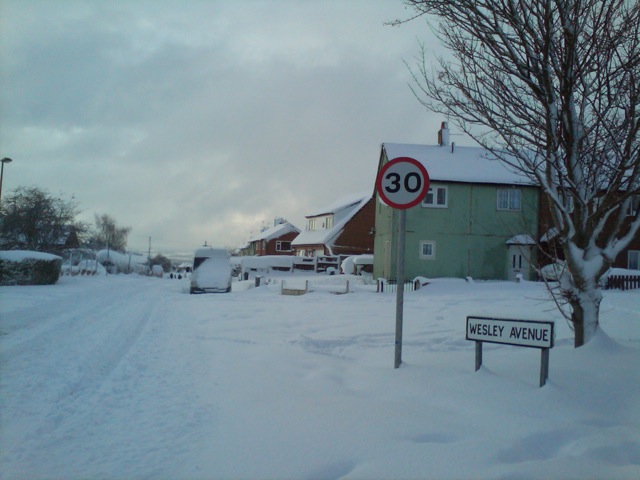 Main route through the estate

360º view from Burgoyne Park over Ulley.
Walking up our road, and then along the top road wasn’t easy going. But when I got to the park and the snow was knee-deep, it was really REALLY hard work wading through it!!
See it here: 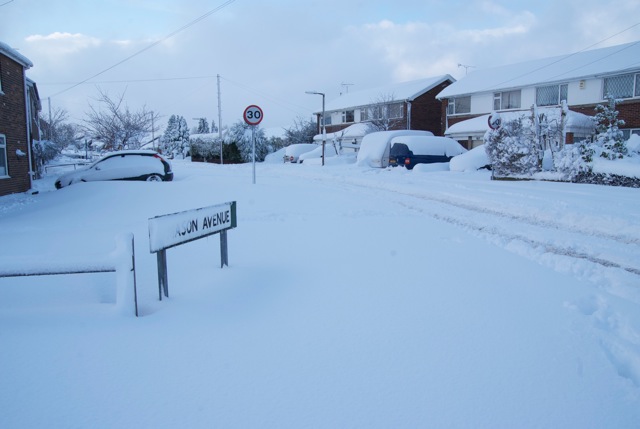 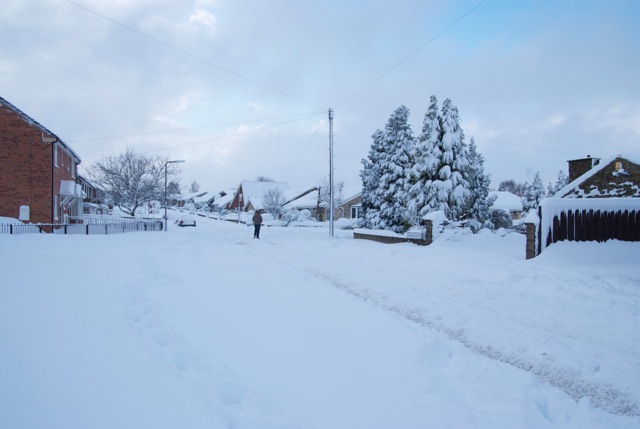 This chap was digging his van out in order to turn it round so that it was pointing down the hill in the morning!

2nd December 2010, An expedition to the local shop… 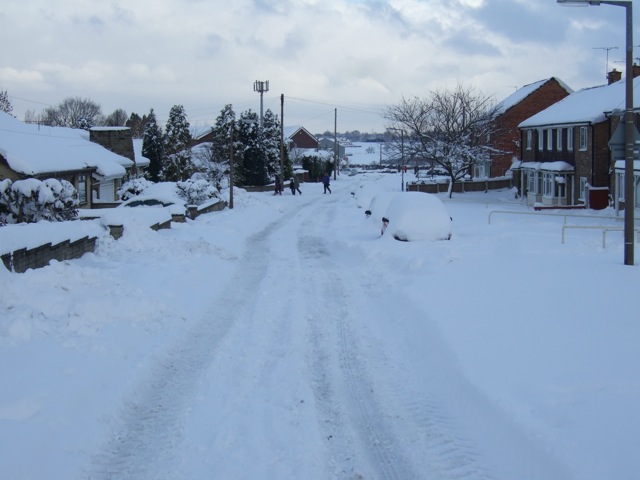 Mason Avenue — only passable by 4x4s

The car shortly before I spent 2 hours digging it out… 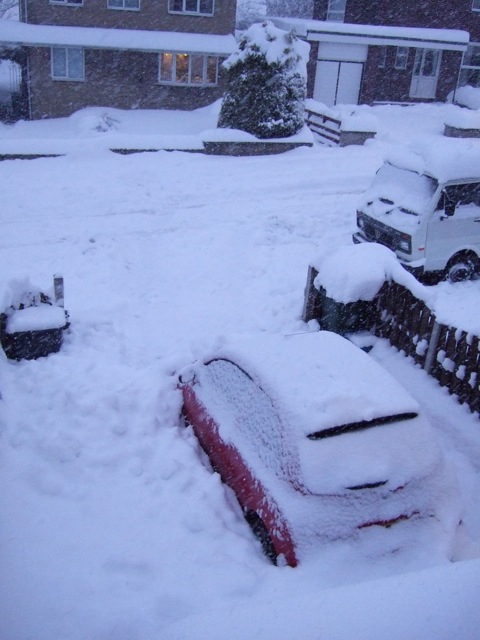 …the car shortly AFTER I spent/wasted 2 hours digging it out!!!

3rd December 2010, 08:25
I spent over an hour the next morning digging a route off the drive, but the compacted snow was so deep that I couldn’t get the car onto it from the tarmac. It was pointless going down the hill because we still have to go up at some point to get to the main road. Albeit on a different road that hasn’t been ploughed or gritted.
This road is a bus route by the way..!

A waste of time anyway as the van which is at 45º to the road was stuck. Very stuck. He’d been there for ages and prior to that was about 10 metres further up for ages!
The Mercedes van on the left belongs to a neighbour and new friend, called Witness. We tried the night before to free the van but couldn’t even get it to go DOWN the hill!!
Just as well really otherwise he’d have been stranded an hour later with the next blanket of snow that fell…

Saturday 4th December, 2010.
I passed our neighbour Julie a mug of coffee through the window as she was clearing her path. When she started to clear her car I went out to give her a hand as there was a huge amount of ice to move.
Some selfless people had broken up the ice (compacted snow from the tyre tracks) and cleared the tracks that you can see in the next photo. The only downside is that they’d made the ‘Great Wall of Aughton’ out of the ice bricks! 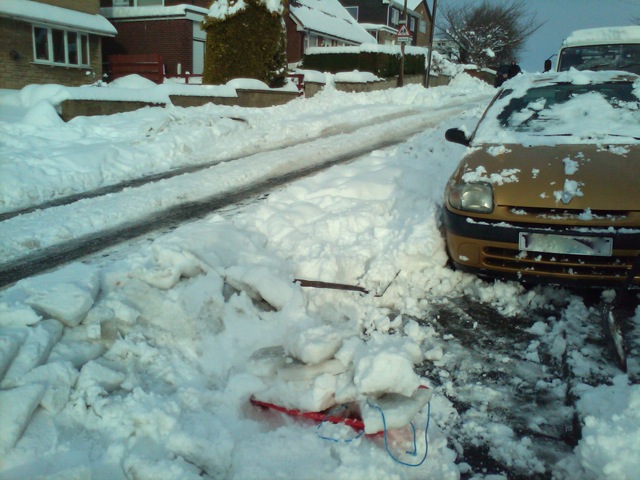 Using Sam’s sledge we shifted enough of the wall to make a route out for Julie’s car.

And made sure that she’d be able to park the car again.

This car was very stuck, but several of us gave them a hand to get free :o)

The driver of this Audi (red shirt) almost bent it on the back of Steve’s truck. He was one wheelspin away from hitting it until I waved like a lunatic for him to stop!!
I asked him if he’d like to borrow my shovel before he trashed his car and then his dad came out to help. Even in reverse the car slid down the hill towards Steve’s truck, so it was stuck, partially blocking the road.
You can see how close he was!

We had to dig right down to the tarmac which meant breaking through the ice, but between us all we managed it!
(That included the chap in red and the father lifting blocks of ice with their bare hands, his wife with a trowel digging round the wheels and Julie and me shovelling!)
From Monday onwards, all the buses have been cancelled or have been running shortened routes.
My cousin got the bus to work one morning and she said the driver laughed when she asked for a ‘day saver’. And right enough, they were all cancelled before lunch :o(
Unusually, it’s the West part of the Sheffield area where the snow isn’t as heavy; going out towards the Peak District it often snows in summer..!