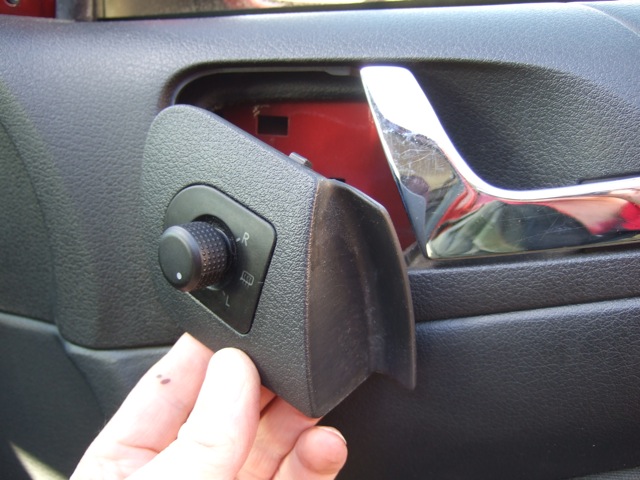 01a – Pop the mirror control console out. 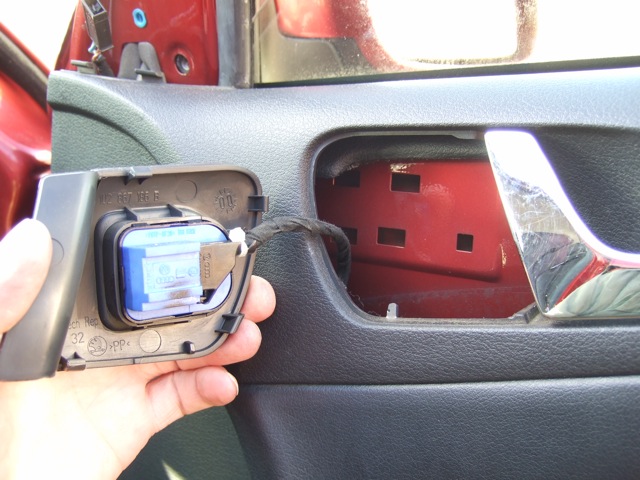 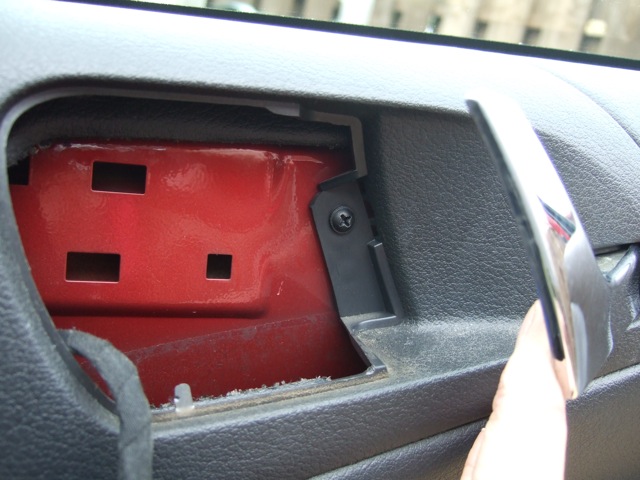 02a – Remove the door panel retaining screw from behind the interior door-release handle. 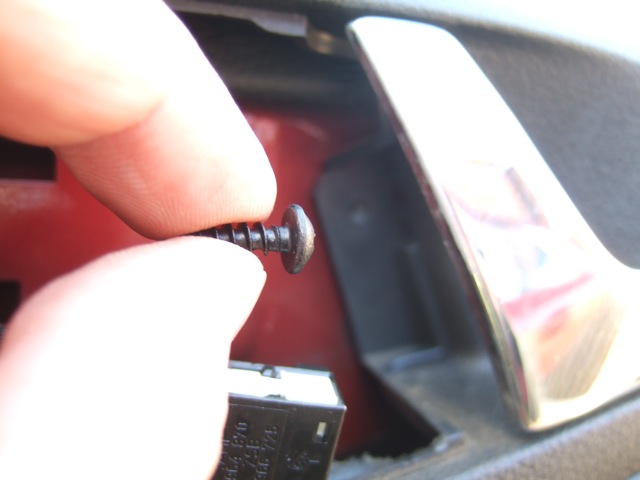 02b – The door panel retaining screw from behind the interior door-release handle. 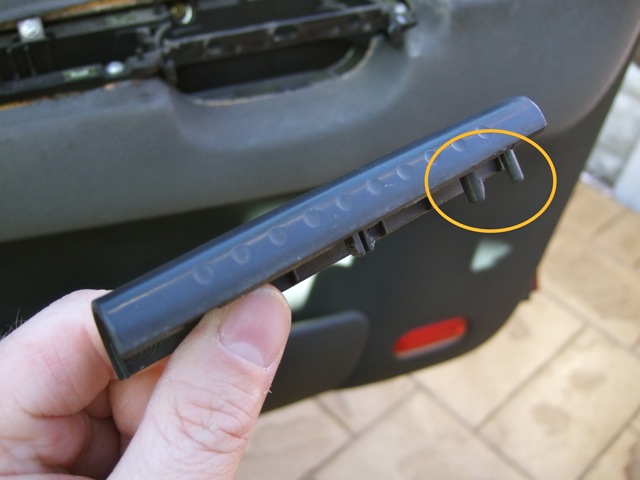 04a – Remove this piece from under the handle before attempting to remove the window control console. The protrusions lock the console into the frame. 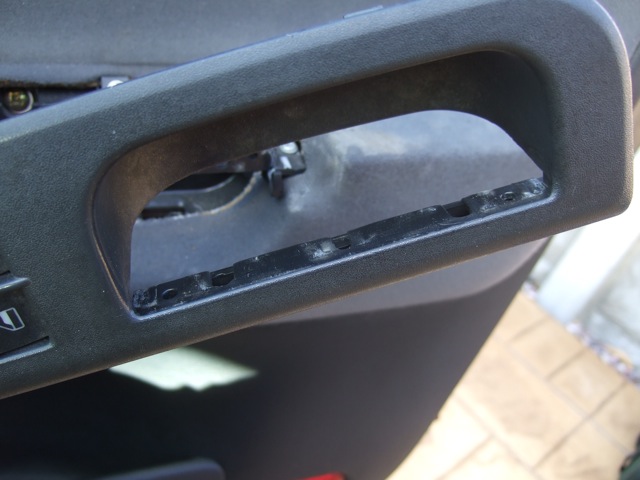 04b – Window control console removed by brute force and ignorance… 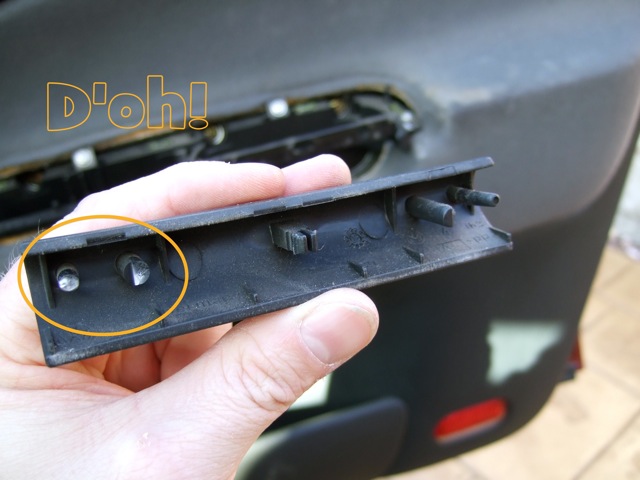 04d – Broken frame (right hand side) due to the previous procedure. 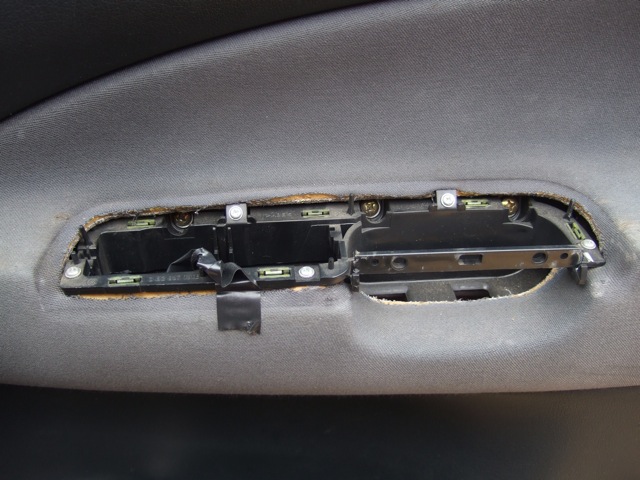 04e – Overview of driver’s door handle and window control console location. You can see the green clips that hold the console in place, along with the (broken) bar where the handle is. The black electrical tape is attached to the wiring to aid retrieval during reassembly.

20 – Overview of driver’s door with panel removed. Note that the window is partially opened, and secured (just in case) with gaffer tape.

24b – The end of the lock-button rod being unclipped from the lock mechanism.

25 – Removing the (key-operated) barrel lock was a pig. The metal peg you can see at the bottom of the aperture rotates round on a cam, holding the barrel in place. 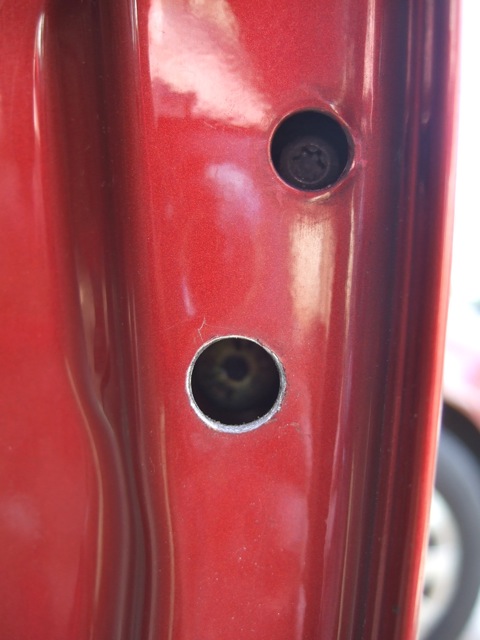 26a – One of these screws operates the cam which holds the barrel in place. I ended up drilling a larger access hole to this screw as my bit driver was just too broad..! 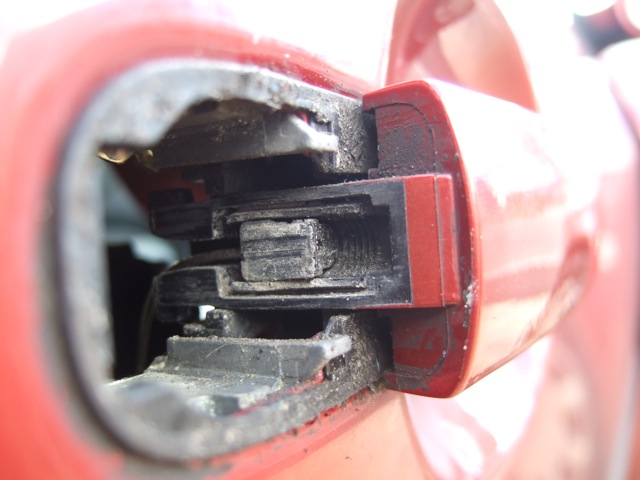 27a – The door-handle cable preventing the lock assembly from being removed.

27b – The mechanism-end of the cable to the external door-release handle.

27c – The connector which you probably can’t see yet, looks like this.

27d – Removing the assembly now that the cable is free. 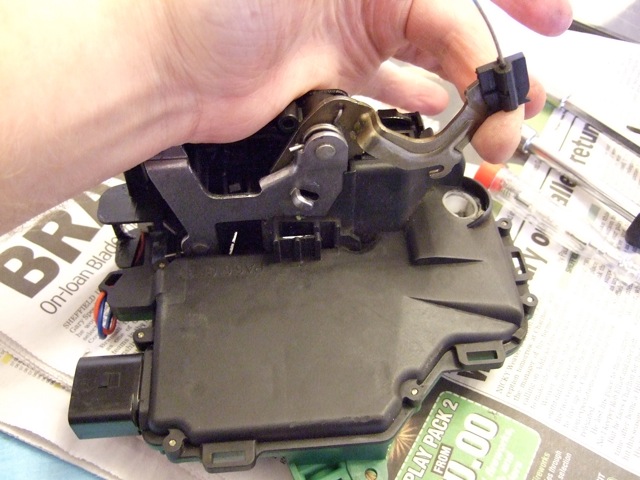 28 – To undo the assmebly requires holding one of the sprung levers out of the way. 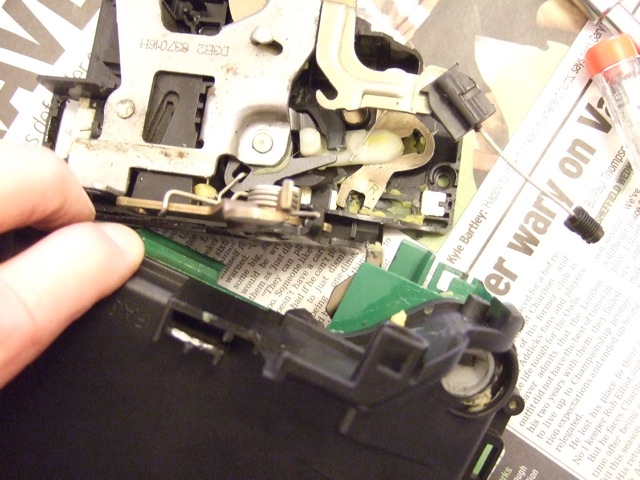 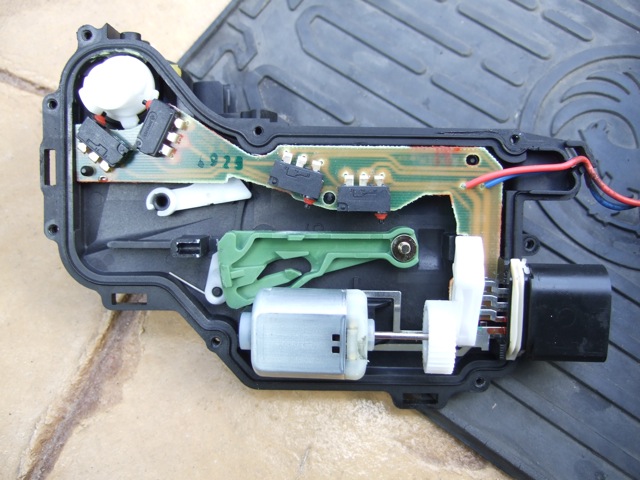 30c – The offending solder-joints (by the connector) causing the problem. 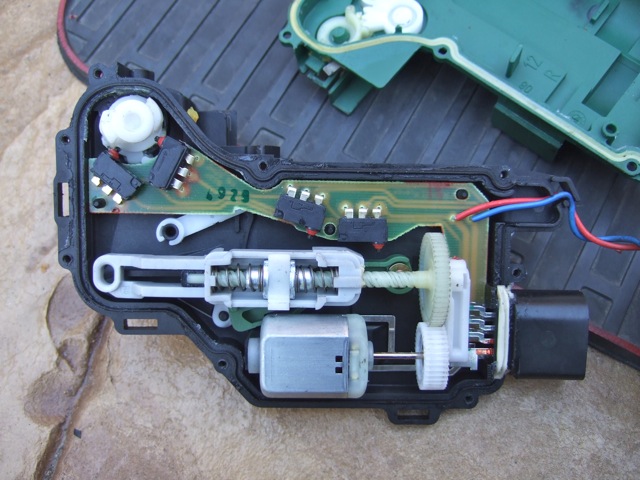 30d – That bush on the back-end of the motor had me foxed for ages when it fell off. Fortunately, I had taken a photograph..! 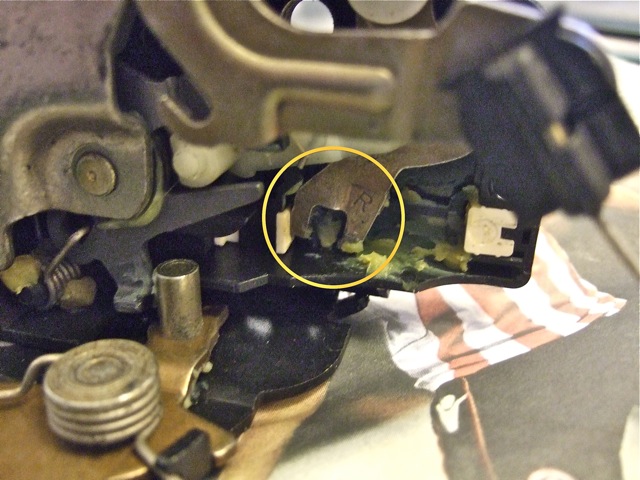 31a – When re-assembling, watch out that this fork meets up with the corresponding lever in the next photo.

31b – This lever needs to marry-up with the fork in the previous photo. This caused me to have to repeat EVERYTHING up to this stage again when the door wouldn’t lock!!!

32b – Push the latch (as if the door is closed) then pull the door-handle cable to test the lock.

33 – Electrical tape used for retrieval of cables etc. Do this before presenting the panel back up to the door.